I’ve mentioned cobbling together iBooks a few days ago.

Adam asked me to look at an out of warranty iBook that had a dysfunctional screen, and another one with dead logic board (magic smoke run out). I had an iBook without screen and without power distribution board.

After a long day I had 2 functional and one totally dead iBook. 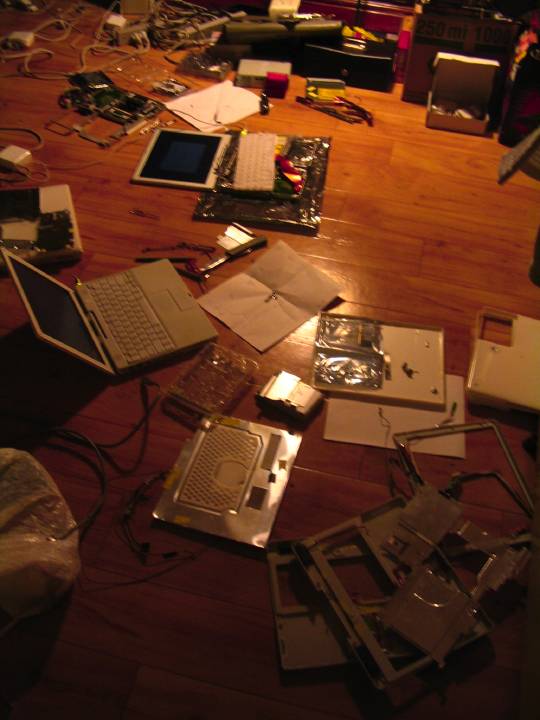 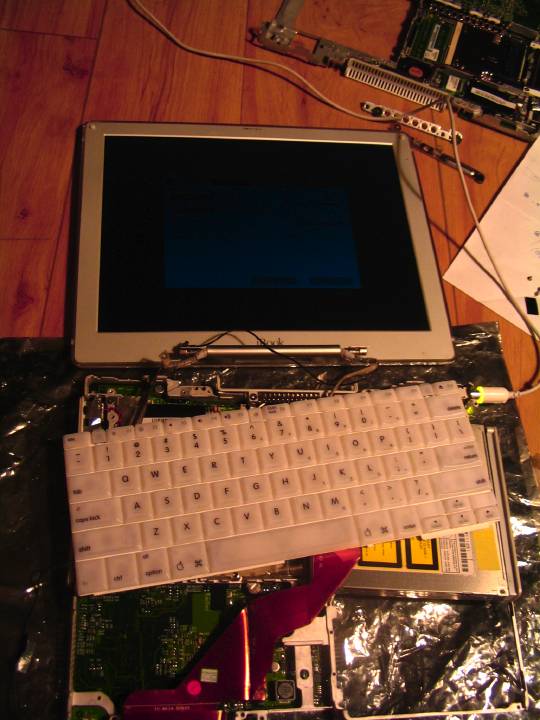