dAVE is complaining that all I write are boring technical articles, without any human touch. So the folowing is an experiment in blogging about “human” issues. Wish me luck…

Sunday night I were coming home, and noticed that the corner of Bronson and Gladstone was blocked off – in some directions a block away. Being curious, I wandered out there, and saw half the intersection closed off by “Do Not Cross” tape, lots of police, a car stopped half way through, and a motorcycle laying on it’s side.

From chatting with the bystanders, I learned the following:
A woman driver, going from west to east on Gladstone run a red light, and was hit by a motorbike going south to north on Bronson.
Bike rider was supposedly alive when he was taken to the hospital by an ambulance, but his right knee was totalled by a bike falling onto it.

In Soviet Russia bikes had roll cages. Even motorollers had leg protection. Statistics are against bikers – biker will fall at some point. However in North America bikes are considered to be a macho thing – people ride basically in shorts and tshirts, often without helmets.

I am as pro auto-darwination, as the next guy, however think of the police and ambulance workers that will have to scrape you off ashphalt – at least wear leather coat and pants, to keep the pieces together. Have roll cages – have you thought of the nurses? Do you know how bloody hard it is to bandage someone who has a smashed knee cup? Why make someone remember you with a curse, as you are moving on in the world?

As an aside, again, in Soviet Russia some bikers tended to wear really narrow thin knee high riding boots. They were a sort of indicator – during death body would relax, so quite often boots would fall off, no matter how tight fitting they were. In fact rescue/ambulance workers used that as an indicator to see if they should attempt to hospitalize a victim, or if they das alles tod. 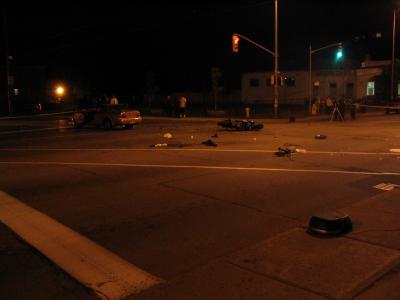 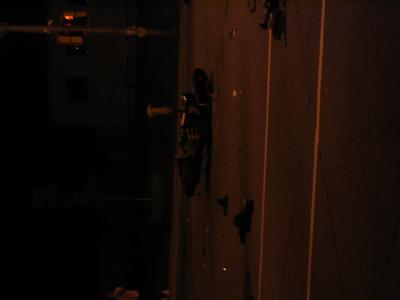 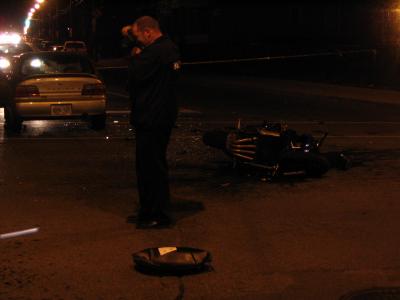 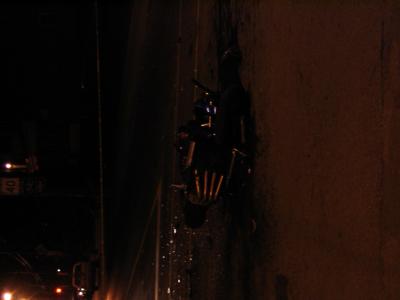 (Above photos are licensed under licensed under the Creative Commons Attribution NonCommercial ShareAlike License v.2.5. If they make someone think before running a red light, I’ll be happy).

One thought to “Motorbike vs. Car”